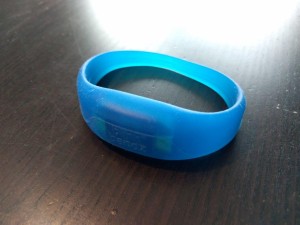 When I took up running again, and the nights became cold and dark, I realised that I needed to be more visible to traffic.  During a wander around Tesco, I came across Blink Bandz – a flexible silicon wristband fitted with 2 ultrabright LED’s which flashed when movement was detected.  It was reduced to about £4 so I grabbed one!

If I recall correctly, the packaging stated that the Blink Bandz was single use only – i.e. once it stopped working, you chuck it away and buy again.  Not exactly environmentally friendly!

Over the next twelve months or so, I wore it on my leg, with it generating a pretty bright flash every step I took.  But recently, it started to dim, so I thought it was time to investigate how to bring it back to life. 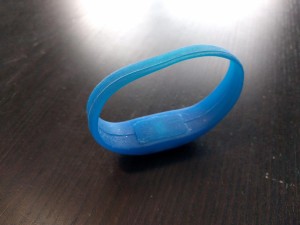 Rear view, with the silicon panel hiding the main board.

The board is fitted behind a sealed silicon square on the back of the band – that makes sense because the board needs protecting from sweaty arms during activity!  I could just about make out the board through the thin silicon, and it looked fairly safe to try and cut into the panel without breaking anything.  So, with a gentle slice of a stanley knife around the two longer sides and the bottom opened up the casing.

Rear of band with board exposed

Inside was a board with two batteries fitted and a thin plastic film.  I think the film might have been there to allow for easy removal of the paper tab originally when I bought it which stopped the battery from running down.

Next, it was a case of gently prising the board out, which is easy enough due to the flexibility of the silicon.  The batteries are housed in quite a tight fitting metal plate, so it’s necessary to get a small screwdriver to gently poke each battery out.

Once that was done, I could see the batteries were really cheap CR1220 buttons, around £1 on eBay, even from UK suppliers. 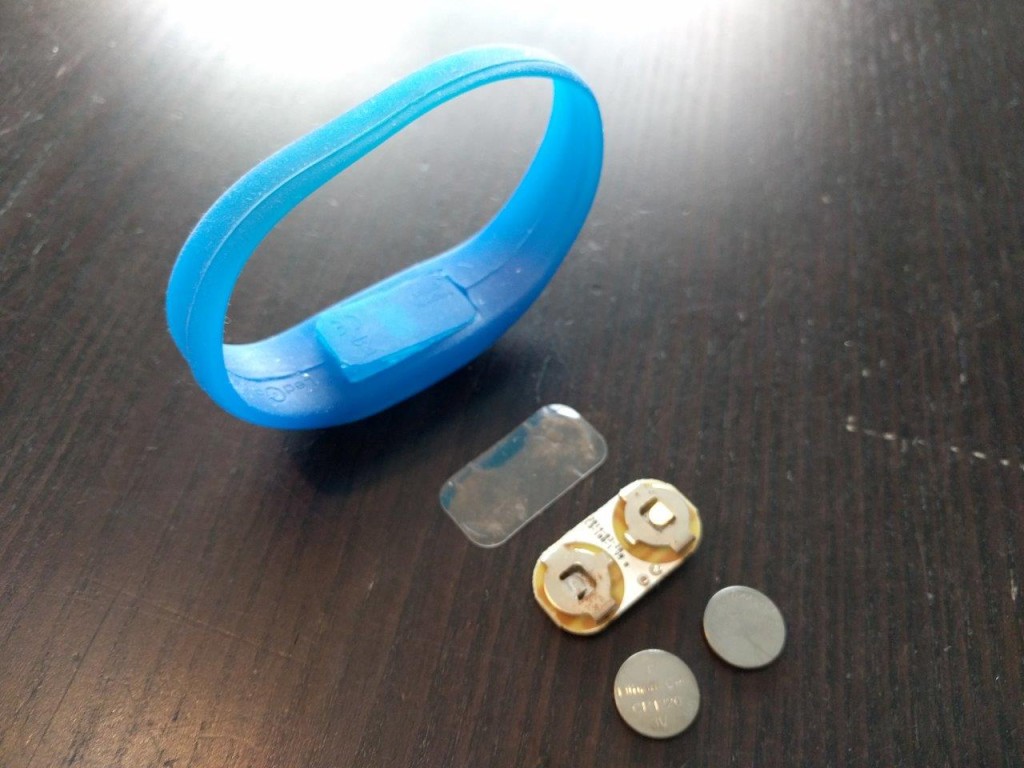 All the main parts of a Blink Bandz wristband.

With the batteries identified, and following a quick eBay order, the new batteries were inserted, and the board pushed back into place.  I used a small amount of silicone rubber adhesive around the edge and left it to dry for a couple of hours.

The next day, I took it out on a run, and it was back to normal.  So I know for the price of a new band, I can buy at least 5-6 batteries and get it working again.

I've been playing Five Nights at Freddys now for a

Post corona healthy eating continues to have a big

Been asleep all night, and now having his first ea

Amazing Birthday cake from @bunintheoven.bakes for

The first (and last) coffee with sugar to kick the

When you have 14 calories left in your daily pot a

The Oreo and white chocolate fudge turned out well